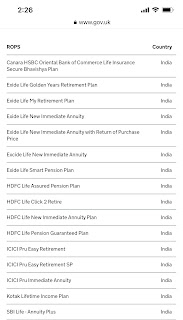 March 12, 2021
Did you know that India became the world's fifth largest economy in 2019 in terms of nominal GDP, moving ahead of both France and the UK? While the pandemic and global economic slowdown has pushed it back to 6th place, the CEBR (Centre for Economics and Business Research) has forecasted India becoming the world’s third largest economy by 2030, moving past the UK by 2025, Germany by 2027, and Japan by 2030. If you’ve lived and worked in the UK and have accumulated a pension fund there, the time has never been better to transfer that pension fund to India through a QROPS. Not only do you benefit from the currency exchange rate right now, but you also open up a world of investment opportunities in both fixed-income instruments, as well as equity schemes. Additionally, the UK economy has officially suffered its worst slump since the Great Frost of 1709, meaning the time to get your money out is now. Why should I transfer my pension fund to India? Apart from the fact that the Indian e
11 comments
Read more

February 23, 2021
Did you know that The Bank of England has forecast that the coronavirus crisis will push the UK economy into its deepest recession in 300 years? To put that in context, this means the coming economic slump in the UK is expected to be worse than the great depression and 2 world wars. If that wasn’t enough, the UK economy shrank by a record-breaking 9.9% in 2020 alone, which is the biggest contraction or “shrinkage” by a developed country. If you’ve worked in the UK and have accumulated a pension fund over the years, now is the time to get your money out of a broken economy, and into one that’s quite the opposite. While the pandemic has adversely affected a number of countries, India has actually seen growth and is now the 5th largest economy (in terms of nominal GDP) in the world. Additionally, India's economy has nearly increased sixfold in size in less than 20 years and is only expected to get bigger and better. How do I transfer my UK pension to India without incurring a penalty?
1 comment
Read more

February 16, 2021
Did you know that India’s economy is the third-largest in the world in terms of purchasing power parity (PPP)? While India is well known for its information technology and business process outsourcing industries, a lot of people don’t realize that we rank second in farm output and 12th in factory output in the world. Additionally, we’re the only country with a population and economy that rivals China and we’re already seeing a global shift with FDI being diverted from China to India on a global scale. If there ever was a time for you to take your pension fund that’s gathering dust in a broken economy that’s only expected to get worse, now is that time. Not only is the transfer through QROPS free of any penalties and charges, but it also comes with investment opportunities that you wouldn’t be able to dream about in the UK. Fixed rate schemes with guaranteed interest rates of up to 10.5% and opportunities to invest in the largest and oldest stock exchanges in Asia and the world. I alr
2 comments
Read more 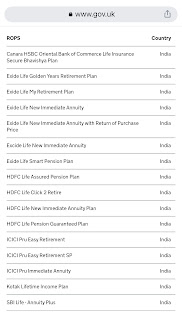 February 03, 2021
Did you know that investing in individual stocks is a lot more expensive and time-consuming than investing in mutual funds and ULIPS? Additionally, not everyone can afford professional money-management, which is why mutual funds and ULIPS were created, to bring expert financial advice and stock analysis to the masses. They also offer a well-documented prospectus for each fund, as well as semi-annual or annual reports about how the fund invests. If you’re an NRI who’s worked in the UK and and are now planning to retire in India, you can move your pension funds into a QROPS ‘in specie’, which means you can invest it in ULIPS in India, under the QROPS umbrella for tax shelter. Alternatively, you could invest in fixed instruments with fixed interest rates of up to 10.5%. Considering the Indian economy is still booming with FDI pouring in and the Bank of England has predicted the worst recession in 300 years, this might just be the right time to get your pension out. Is there a penalty in
1 comment
Read more
More posts

Noble Yuvaraj
J Noble Yuvaraj is a graduate in commerce with MBA in marketing & finance. Prior to venturing into his own progressive Wealth Creator Financial Advisory Services in 2009. He held responsible positions with corporates like ICICI Bank, HSBC Bank, ASK Wealth Advisors as a financial planning manager offering advisory on Life Insurance, Mutual Funds, Portfolio Management Services, Shares & Bonds. It was during this period he could understand the fundamentals of proper financial planning. Further he pursued certificate courses in Insurance, Mutual Funds and Wealth Management . He has undergone Fellowship in Chartered Financial Planning from Asia Pacific Financial Services Association. He strongly believes in continuous learning & relearning. This makes him passionate about adding value to more than 250 clients. His journey in this field is ensured as successful by Shri R Gopinath, CEO Of GOPAST for more than 8 years as his Guru. He is a member of MDRT ( Million Dollar Round Table ) , an international forum for finance professionals. He has attended various global conferences in various locations in Europe and Asia.